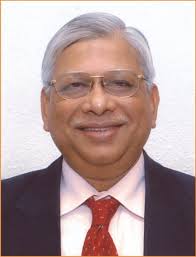 Mr. Sudhin Roy Chowdhury served as Member (Life) Insurance Regulatory and Development Authority of India (IRDAI) and was instrumental as a regulator for Life Insurance sector for all Life Insurance companies in India as well as corporate agents. During his stint in IRDAI, he had helped in developing the Life Insurance market, was appointed in several committees of the International Association of Insurance Supervisors (IAIS) in Bassel and had also appointed as the Executive Director on the Board of the German Government Sponsored A2II, helping them to develop the Micro Insurance Regulations.

Before his stint at IRDAI, he had superannuated as the Executive Director of LIC for Marketing/Product Development and Personal/HRD/OD. He had also served as the Zonal Manager in Charge for the largest zone of LIC in western India and also had served as CEO/MD of LIC International Bahrain.

He has served in boards of many companies as representative of LIC in companies like CESC, Haldia Petrochem and JP Associates. He is also the advisor to SBI-Life Insurance, IDBI-Federal Life Insurance, Star Health Insurance etc. In the year 2010 he was awarded the Rajib Gandhi Sadbhavana Award in recognition to his professional contribution in the area of Life Insurance and as an authority on Insurance Marketing.